Bigfoot and paper towels got something in common.

But I expect to see one sooner than the other.

Trees from which the products are sourced haven’t disappeared. They’re plentiful.

The ONE reason the ONLY reason shelves are ghost towns is:

In their utter greed. Their reprehensible selfishness. Their total disregard for or AWARENESS of others.

I’ve not seen even one roll of TP or paper towels in any of the dozen stores I’ve visited, some on the daily, in the past two weeks — and growing.

… than I have of finding just one roll of TP or paper towels on ANY shelf ANYWHERE in massive PHOENIX: population: 5+ million!

Expecting to see no paper products for months, I’ve prepared, taken inventory of my supplies.

These I won’t touch unless ABSOLUTELY NECESSARY — when no substitute will do, i.e., cleaning windows and mirrors.

“Unfortunately” for me in these times, I’m quite the clean freak! Neat freak. My place is pretty spotless all the time so a moratorium on paper towels presents a challenge.

However, even before this  absurd crisis, I was strongly mindful about using resources conservatively — i.e., reusing paper towels repeatedly until reusability was exhausted.

To preserve this precious commodity that is a single sheet of paper towel, I’ll be using a cheap thin flimsy washable cleaning cloth from China — a cruel joke!  Poor substitute for paper towels indeed but it’s all the store had, thank you motherf-ing hoarders.

Will not touch unless ABSOLUTELY necessary, if you get my drift. Otherwise, another washable Chinese cloth to catch pee drips suffices.

Human Greed does not go away.

Hoarding, a consciousness of ME ME ME AND ONLY ME AND NO ONE ELSE BUT ME … here to stay.

Depriving others for one’s selfish gains … injustices … wrongful actions that cause hurt, harm, suffering and lack for others  … these and worse are ever present.

So as I adapt to “What Is: According to the People’s Rules Book that I Did Not Write, Co-Author or Edit” I pen with unabashed conviction:

I shall be sighting Bigfoot before a bundle of paper towels. 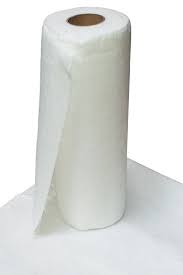