If whatever’s happening New Year’s Eve prognosticates the tone for the coming year, as it has for years, I’m in for a lively* 2015!

*a conservative way of saying wild

Let’s just say my new year’s eve was more like a 25-year-old’s than, well, someone’s much older. 😉 Perhaps it’s the spirit of youthfulness that joy imparts.

Perhaps it was, in part, the two pints of porter plus the rye whiskey from a flask tucked into my inner coat pocket that I made sure to sip away from the patrolling eyes of the cops on Whiskey Row/Courthouse Square enlivened by partiers and the boot drop.

I think it’s the joy and the abandonment to it fueled in small part by the porters & whiskey! A helluva night!

Not often I find myself hikin’ it a mile or so across town at 3:30 in the morning … in the snow … in 21-degree weather! Or ever. Just how things unfolded.

Fortunately that main street was cleared of snow & ice. Mostly. Fortunately I didn’t slip and fall. Wasn’t dawdling either! Interspersed even a little light jogging. That inclination to stay warm and get home will fuel a girl.

Quite the sight I must’ve been too! This little thing all bundled up in two jackets — one white and one brown — and two scarves — one white, one red — and a striped purple & turquoise rabbit hair beanie bookin’ it down Gurley Street deep into the night!

Oh! And let’s not overlook the white balloon! Wrapped around my wrist, trailing. A balloon I’d picked up off a downtown street at the boot drop a few hours earlier.

I looked like a crazy lady. Or a Grateful Dead groupie racing to the tour bus.

I can only say that it’s a good thing I live in a town that while being very conservative has its quirks and eccentrics. I might be one of ’em. Okay, I am.

Yet there’s such a good spirit in this town. A natural match. An affinity. For me. Not for all. I make that clear to locals and out-of-towners. Prescott, Arizona, is not for everyone. It’s for me, however, absolutely. Joyfully!

Had a cop passed and spotted this ruffian-looking woman with a white balloon dashing down the street in the middle of the night — and believe me, I was spottable on a street largely emptied of pedestrians and vehicles! — he might’ve pulled over to inquire about my business in that late hour.  Or why was I hastening so?

It didn’t happen. If it had, I had a perfectly sound explanation. I was on my way home — I was prepared to state an address if needed — from some strange event. Something totally unexpected, something you couldn’t have seen coming but if ya had you’d take it on anyhow ’cause it was just that spontaneous & fun in a weird way.

Makes for a memorable New Year’s! And a good story, untold & unseen save out there in the ethers.

Happy 2015 to me! I may wanna grasp the seat of my pants. Looks like a ride! A joyful exuberant year. One that if I play my cards smartly — therein lies the ticket — I could accomplish inroads and gains that’ll be lasting and are necessary to creating the foundation of my life that’s much needed, sorely so, and overdue.

I won’t address the alternative, the consequences of if I don’t play those cards smartly. My eyes are on what’s ahead — that big bright light that’s ahead like a spotlight.

I prefer to choose positivity over negativity in thought. Promise over same ol’ same ol’ patterns that have outlived their usefulness, no longer serve, ones that I’m already shedding and will continue to drop into Life’s Bucket of Bye-Bye.

I hope a good new year’s was had by all. They can’t all be good. I know that; I know it well. So if yours was one of those “less-than-good,” I wish for you blessings and guidance and protection from the divine and powers that are to get you where you need to be. Even if it’s as simple as “not here.” ‘Cause I’ve been there too. In significant, meaningful, all-encompassing ways. 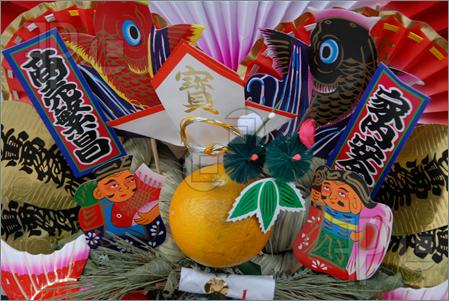 2 thoughts on “I’m not a crazy lady. Or a Deadhead. Just look like one.”

Talk to Me Cancel reply