You know when you’re facing a challenging situation? And it’s got you down or angry or confused or all of the above.

And the resolution’s unknown or unclear or out of reach, adding to the weightiness of the situation.

And then something inside pops. Like a bulb goes off. All the contemplations, reflections and ponderings suddenly come together, like bones realigning in a chiropractic treatment.

And the situation’s resolved because you’ve found the answer or it found you or you found each other. You’ve arrived at it and just like that the challenging situation is no longer a challenge.

You’re awash with clarity and relief and restored to center and balance and peace.

Then and only then you think: “I passed the test.” Even though in the midst of the challenging situation you weren’t thinking “test” or that you were being tested.

I had my aha! moment this morning. She entered through the back door. I didn’t see or hear her coming. What relief and sense of achievement toward inner peace!

I’ve been having domestic issues. They include the landlord coming to my apartment a couple weeks ago to inform me that the lease bans burning incense.

The smoke from a stick in my apartment had wafted into the hallway and was bothering a passing resident with respiratory issue, I was told.

I immediately quit the incense.

I adopted an oil diffuser as an alternative — where water in a small bowl scented with essential oil is heated, releasing the fragrance. It’s smokeless and leaves no residue on walls, ceilings or carpet; it resembles this: 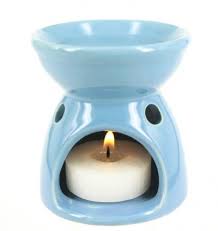 Because I know people and how unsafe and irrational they can be, in my seeming paranoia, I took the extreme precaution of pseudo-hotboxing my studio while using the diffuser by placing a rolled-up towel along the narrow crack beneath the door.

By the looks of it, you’d think I was in there tokin’ a doobie when in reality it was just a simple diffuser from the dollar store!

Last night I came home to a note slid under the door stating that there have been complaints about burning incense and scented candles. Consider this the second and final warning.

I’ve not been burning incense or scented candles.

I put my morning coffee on the back burner — speaking of burning! — and went to the manager’s office first thing to discuss.

In short, I assured him I’d taken immediate heed of his previous incense warning and not burned it since, neither was I burning scented candles.

The only possible source of scent was the diffuser. Since he didn’t know what one is, I had him pull up an image online toward allaying his excessive concern that by its design it leaves no residue on walls, ceilings or carpet it.

He didn’t believe me.

He also didn’t believe that my studio was not the source of a scent he detected yesterday that he’s convinced is my incense.

I wasn’t home and my diffuser wasn’t burning.

The landlord, while a nice enough fellow, is not the room’s brightest bulb, leading to an exchange increasingly heated, emotional and irrational. He wasn’t listening to logic, reason or intelligence.

I threw in the towel. Not that rolled-up towel by the door. 😉

I said there would be no more diffuser use. I’m packing it up and the oils.

It’s not worth the grief it’s bringing to the passerby residents — four, including himself, he ticked off with his fingers — who are disturbed by the negligible, truly, scent.

It’s not worth the grief that it’s bringing me.

It’s not worth the aggravation. It’s not worth my enduring and conforming to excessive nitpicking complaining and intolerance from fellow residents and landlord.

It’s not worth my testing out drop by drop how many drops in a diffuser are acceptable until someone complains. Is it 3, 4, 1?

I know people and I know someone will find fault, someone will display intolerance, someone will go to the manager and complain that passing my door triggered a respiratory attack with only 1 drop of oil.

Or as likely the manager, with sinus issues, himself will complain.

When I told the landlord that the diffuser is gone, packed up, it’s finished, I meant it. Not from a petty or angry or self-punitive or self-victimizing or passive-aggressive place.

I meant it from a place of peace.

In a time of irrational and unreasonable conflict, I chose peace because I need it and because I want the residents to have it.

As someone so accustomed to warfare (childhood environment) and battling matters out to the bloody if not fatal end, I almost didn’t recognize this inner peacemaker who suddenly appeared on the stage!

A genuine and sincere peacemaker.

As I made my exit up the steep stairs of the landlord’s office, his various argumentative and accusatory and statements trailing me, I went in peace.

Their untruths neither hurt me nor pierced my shield of peace. That’s when I knew I’d passed the test — a test I was unaware I’d been given and was undergoing.

Reckon it happens like that more than we think. That in this Classroom of Life that if Spirit hands us a test saying: “This is a biggie, see if you can pass it,” we’ll freeze or wither in defeat before it’s begun or in our intimidation or fear of making mistakes or failure not even try — the latter especially holding true for me.

Sometimes it’s best just to take the test with one eye closed. Or both. Then when you wake up to the notification that you’ve passed, your day is made and you’ve grown just a little more!

No more diffuser. No more towel rolled up at the door. No more worrying about attacks and complaints from the landlord or residents about a barely-detectable scent of lemongrass and eucalyptus.

I will not be the bearer or creator of discord. I passed my test. I choose peace. 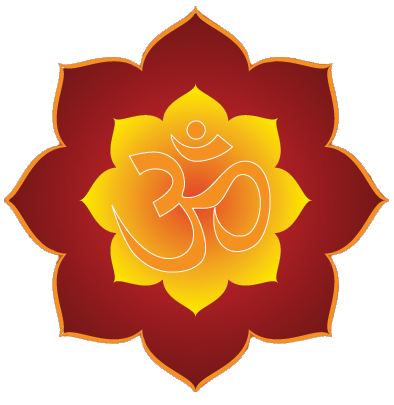 2 thoughts on “how sweet the scent of peace!”

Talk to Me Cancel reply